Are you looking to step up your shoe game? Look no further than the classic and refined dress boot, which offers any wardrobe some exciting possibilities.

A beautiful dress boot is always in style. You can dress them up or dress them down, and they look amazing in a variety of settings. Plus, with plenty of colors and styles to choose from, there’s an option for every personality.

But if you’re shopping for your first pair, choosing the right one can be daunting. You may wonder what the difference is between a Chelsea boot and a Chukka boot, or whether a closed or open lacing system is better. To help put you on the right track, we’re going to cover everything you need to know in this guide to men’s formal boots.

What Are Dress Boots?

First things first: just what are we talking about when we refer to dress boots?

The term describes a style of boot most typically worn in more formal situations. If you’re in an office from nine to five, you’ve probably already seen them, as dress boots pair excellently with suits, business casual ensembles, or slacks. They can also be appropriate in formal event settings.

However, the power of the dress boot lies in its versatility: it’s perfectly at home pretty much anywhere. You’ll reach for them over and over outside the office, as a beautiful dress boot elevates even a casual denim jean look.

Here are four common guidelines that can help us distinguish a dress boot from other footwear options.

These two shoe types are very similar, but dress shoes are more common. For this reason, some men choose dress boots to set themselves apart a bit. Dress boots also provide ankle support, which makes them a bit more comfortable for some people. They’re also excellent for cold climates, as you can purchase them with reinforced outsoles to stay warmer.

Before we take a look at each one, here’s some shoe vocabulary you need to know.

A shoe with an open lacing system features quarters that are sewn on top of the vamp. You’ll see open-laced boots in many different settings, and many men wear them in business casual situations. They look excellent with woolen fabric suits (like tweed) but keep in mind that open-laced shoes are less formal than closed-toe shoes.

A shoe with a closed lacing system is one where the vamp is sewn on top of the quarters. If you’re looking for a classic, more formal dress boot, opt for a closed style. They look amazing with worsted fabric suits, and sometimes you can use them in formal settings.

Dress boots are an investment, so if you plan to purchase just one pair, we recommend a brown or black Oxford, which offers plenty of versatility. You may choose to keep things simple or add some brogueing to let your personality shine.

Laceless shoes are the third and final category. As you can guess, this is a slip-on style, and it’s the least formal of the three options. Yet despite being more casual, you can certainly dress up a laceless dress boot for certain occasions.

There are four different toe types: plain, cap, wingtip, and wingtip medallion. Toe types can completely change the feel of a boot, so it’s vital to understand which is best for each particular occasion.

A plain toe shoe is just what its name suggests. There is no design or perforated style on the toe area, and this boot type is often seen as the most formal.

A cap toe shoe is one where a straight line of stitching separates the toe area from the rest of the shoe. Cap-toe boots are the most common type of dress boots, and their simplicity helps them stand out.

A wingtip shoe features perforations that look like a bird’s wing, and some consider this style to provide a more casual look.

Now let’s take an in-depth look at the various types of men’s dress boots: the Chelsea boot, the Chukka boot, and the dress boot.

If you’re new to the world of men’s dress boots, the Chelsea boot is likely what comes to mind when you picture a pair. It’s one of the most classic footwear options available.

Chelsea boots are easy to distinguish. They feature elastic side panels, and they have a loop or tab at the back of the boots, which makes it easy to pull the boot on or take them off. Classic Chelsea boots are black and brown, though you can now find them in all colors, materials, and silhouettes.

The Chelsea boot goes back a long way, all the way to 1837. It was created by J. Sparkes-Hall, Queen Victoria’s shoemaker, as a more convenient alternative to lace-up riding boots common in that era. Back then, Chelsea boots were known as “paddock boots.”

When the 1960s rolled around, the style icons of London’s Chelsea neighborhood began sporting them, which led to their popularization. As a result, we now call this style the Chelsea boot.

If there’s anything we learned from the early iterations we saw in the 60s, it’s that the Chelsea boot looks amazing just about anywhere--which is part of what makes it so beloved. You can dress Chelsea boots up for formal wear and dress them down for casual situations.

You’ll see them commonly with three-piece suits. This look is classic, especially if you color-coordinate the shoes and the suit. Some men choose to wear them in a contrasting color to go for more of a wow factor (for example, a navy suit with a red boot).

Chelsea boots also pair effortlessly with business casual options. Add some to your slacks, sweater, and jacket ensemble for a polished look. And if you choose, you can take them out on the weekends, as they look fantastic with a nice pair of jeans.

Who Makes the Best Chelsea Boots?

Nowadays, you can find Chelsea boots pretty much anywhere. While opinions about who makes the best shoes are subjective, you can’t go wrong with the big names. Some well-known brands include:

The Chukka boot is another beloved men’s dress boot, though you may hear it called the “Desert” boot. Whatever name you prefer, what you need to know is that it’s a staple in many men’s closets.

Like the Chelsea boot, Chukkas feature an ankle-high design. But what distinguishes it from other boot types are the eyelets: Chukka boots have just two or three pairs of eyelets. This definition is quite rigid; a boot with more or fewer eyelets is something else entirely.

You can also distinguish a Chukka by looking at the toe box. They have a rounded toe box, and the sole can be made of either thin rubber or leather. The final distinguishing feature is in the construction of the boot. Chukkas are made from just one piece of leather.

The classic version is generally quite plain, which gives it a quite formal look. However, there are many iterations now, which suit a wide range of styles and personalities. You can find Chukkas with brogue perforations, blind eyelets, or wingtip toe caps.

The Chukka boot has a shorter history than the Chelsea boot, but its origins are still quite interesting. It seems to have become popular thanks to both the military and sports.

“Chukka” refers to a period of play in polo and is likely where the boot takes its name. In Hindi, the term is translated as “casual stroll,” which makes perfect sense. Chukkas represent essentially the halfway point between casual footwear and formal leather shoes.

The “desert” nickname came from the British soldiers who wore Chukkas in the Western Desert Campaign during WWII. They rose to popularity in the 1940s, and they’ve remained a staple shoe ever since.

Because there are so many versions of the Chukka boot, there are endless ways to style it. You can pair brown Chukka boots with a navy suit for a timeless office look. They also work well with chinos, both dark and light, as long as all the outfit elements are sharp and elegant. Of course, you can wear Chukkas on the weekend with a button-down and your favorite pair of jeans.

As you can see, Chukkas elevate any outfit, and it’s difficult to think of an occasion that they aren’t suitable for.

Who Makes the Best Chukka Boots?

Like with the Chelsea boot, many brands make a beautiful Chukka boot, and opinions vary about who the best one is. But if you’re just beginning your search, we recommend checking out the following names:

Lastly, it’s time to take a look at what makes a dress boot a stunning shoe option that no man’s closet is complete without.

A dress boot is another ankle-high boot option. However, unlike Chukka boots, dress boots have multiple eyelets and open lacing. Sometimes they have a pull loop and metal hooks, which lend a more casual feel to this refined style. They’re typically made from beautiful leather and have fine laces and a thin rubber sole.

Dress boots date back to the Victorian period. During this time, they were used as an alternative to riding boots for formal occasions, until they gradually worked their way into more everyday use.

Nowadays, they’re an excellent formal shoe, though dress boots have a place in practically any situation, as you’ll see below.

There are plenty of ways to style dress boots, but how you do so depends on what kind you choose.

When it comes to single-tone brown or black leather dress boots, you can rest assured that they will complement any suit perfectly. But if you want to dress them down a bit, pick a suede option and pair it with slacks and a button-down shirt. If you want to make the look more playful, choose a fun sock pattern or color.

Who Makes the Best Dress Boots?

Some of the most well-respected names in men’s dress boots include:

Hopefully, this guide to men’s dress boots has helped you understand the basics of the boot world. While there are many things to keep in mind, the information above can help you pick the best dress boot for you. We strongly believe that a beautiful dress boot is a must in any man’s wardrobe, and taking the time to find the right one is well worth it. 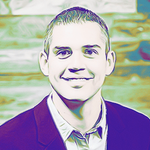 To help you choose the right pair of boots, we've compiled a list of some of our favorite dress boots.
There are a lot of different designs and styles when it comes to derby shoes. Here's a look at some popular models along with a buyer's guide.
Do you want to know the best monk-strap shoes for men? Look